Crohn’s disease affects as many as 780,000 Americans. Adolescents and young adults between the ages of 15 and 35 are at a higher risk of getting Crohn’s Disease, but the disease can occur at any age. The board-certified gastroenterology team at Northern Medical Group Gastroenterology Division treats patients with Crohn’s disease at their offices in Poughkeepsie, Fishkill, and Highland, New York. If you’re seeking treatment for Crohn’s disease, call the office nearest you today to book an appointment or use the online booking feature. 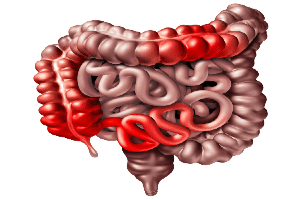 What is Crohn’s disease?

What are the signs and symptoms of Crohn’s disease?

Symptoms of Crohn’s disease vary from one patient to the next but may include:

If you think you might have any of these Crohn’s disease symptoms, it’s important to get them checked out as soon as possible, as they may be an indication of a serious problem. Put your mind at ease, and call Northern Medical Group Gastroenterology Division today to schedule an appointment to get thoroughly tested and diagnosed.

Who is at risk for developing Crohn’s disease?

Crohn’s disease appears to run in families, meaning if someone in your family has Crohn’s disease, then everyone in the family is at an increased risk for developing the disease.

Medical research studies show that 5% to 20% of individuals afflicted with Crohn’s disease have a parent, child, or sibling with either Crohn’s disease or ulcerative colitis.

The disease is more prevalent among eastern European cultures, although an increasing number of people among African American populations have reported Crohn’s disease.

What are the treatment options for Crohn’s disease?

The team at Northern Medical Group Gastroenterology Division combines medication and dietary adjustments to manage Crohn’s disease. Once the team controls the inflammation with medication, they work with you to implement dietary changes.

Each patient has unique needs, and your doctor tailors your meal plan to address your specific needs. Many patients benefit from adding protein and healthy carbs to their diet. Your doctor may also recommend supplements, including vitamins B12 and D.

However, in general, they recommend eating several smaller meals throughout the day, drinking plenty of water, and avoiding caffeine, alcohol, dairy products with lactose, and junk food.